Soil as a Source of Antibiotics and Resistance Genes

A Technological and Statistical Challenge

Soil harbors one of the most complex communities 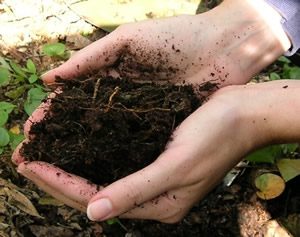 on earth. Our statistical models suggest that a single gram of soil contains between 5,000 and 40,000 species (conservatively defined) of microbes. This community is one of the most difficult to study because the vast majority of members — probably more than 99.9% — cannot be cultured by existing methods.

We know most of the uncultured microorganisms only by their molecular signatures, which indicate that many diverge deeply from the species we can culture. We and others developed metagenomics to study unculturable microorganisms. In this approach, the collective genomes of an assemblage of organisms are treated as a single entity, or metagenome. The Handelsman group has exploited functional metagenomics, which involves screening for expressed activities in a cultured organism (such as E. coli or another culturable model bacterium) containing fragments of DNA extracted directly from soil.

Using functional metagenomics, we have discovered new antibiotics and biosynthetic pathways as well as genes that confer resistance to antibiotics of clinical importance. Most of the genes we discovered are only distantly related to those discovered in clinical settings and many contain new motifs. Bifunctional proteins, which are fusions of two domains of different function, are common in the uncultured community, although there are few previously described from cultured organisms. These bifunctional proteins sometimes contain two enzymatic domains and one is a hybrid of a transcription factor and an enzyme.